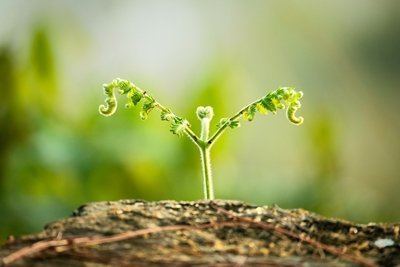 Sometimes change asks more of us than we have to give, and we break. Sometimes (hopefully more often than not, but it's not a given) we recover.

Whether we recover or not, there is no going back to what we were before the change. In this sense, change is an initiatory process -- it transforms us, forever, into something different than we were before.

This post shares why I feel that this is the degree of change that's upon us collectively, now, and why I feel hopeful even in the midst of all that's happening around the world.

It's been a few weeks and no new post, so I thought I'd share a bit about what I’m working on and some things that are on my mind.

I've been working on two pieces that both got way longer than I was anticipating; they're both still works in progress. And now I’m about to put them aside and go camping with the kids, leaving the laptop behind. So today before I go, here's some of what's "on top" for me right now...

First, a cheerful (not) summary of some of what's in the headlines, as well as some stuff that's conspicuous by its absence from the headlines...

Sobering, to say the least.

What’s going to happen next?

One of the pieces I mentioned that I’m working on is a big re-write of a previously published article called "What's going to Happen Next?" In it, I'll be asking what I think are two key questions:

One reason is because we hope that better collective control will get us back to normal. It won’t, if by “normal” you mean “pre-covid.” That normal is gone for ever.

Which is a realization that's both unsettling but also hopeful. “Normal” was moving us further along the trajectory that humanity has been on for centuries. Its a trajectory that has led to repeated and accumulating disasters like the ones I listed above.

Seeing the trajectory we're on is one thing; the hard part is how do we get off that trajectory?

I believe there is a way. In the latter part of the essay I'm working on (and will link to from here when it's ready) I’ll explore how we might get off that trajectory and onto one that leads toward a more socially and ecologically just world, and why I think the two questions I mentioned hold big keys to help us do that. Following are some of bits and pieces I've come across recently that give me reason to believe that "normal" is crumbling. They basically say, one way or another, that if we haven't started preparing for a very different world yet, now would be a good time.

I know. People have been saying that for 50 years, give or take. And maybe it's because I’m in the throes of midlife that the message suddenly seems to cut through the noise and become urgent for me. Be that as it may, here’s some of what I’m referring to.

Remember Peak Oil? It seemed to go away, didn't it? Like all the other doomsday predictions, it just seemed to die a quiet death...

Or maybe not. One piece I read recently referred to the reality that the energy alternatives on the table, besides their other short comings1, simply don't produce enough NET energy (after accounting for the energy it takes to build and run them) to replace fossil fuels at the rate we’re using them.

I know that's not news to you, but here’s what I don’t know, without chatting with you personally: are you still holding onto hope that alternative energy sources will enable us to keep living the way we have been, just with less emissions?

Are you campaigning to support political parties who say they will replace dirty energy with clean energy?

It’s now apparent to me that there is simply no way for us modern people to keep consuming energy at the rate we have been, regardless of its source. Anybody who tells you different... well, just check what they stand to gain by us ignoring this issue and continuing to consume as usual. The trail invariably leads back to an inability to decouple from the growth economy. 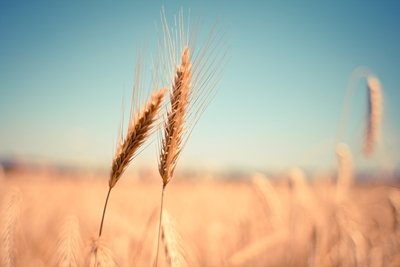 Another piece I read recently pointed out that the global food system is in much more trouble than we think.

I imagine that many families are in a similar position to our family: we know it’s a good idea to grow some of our own food and we’re dabbling in it, but that's all we’re doing.

Lately I’m feeling increasing urgency to do more than dabble – which, of course, is constantly offset by the convenience that the supermarket shelves are still providing.

Imagine if the shelves were suddenly empty – and weeks went by and they didn't refill. Don’t do this in the middle of the night to scare the crap out of yourself. Do it in the light of day, with a pen and paper in front of you. After you’ve pictured those empty shelves, brainstorm what you can do, NOW, to mitigate the effect on your family.

We’ve been seeing what’s happening with the price on the fuel pump and at the supermarket check-out. But we’re human, we’ve got a lot on our minds, and most of us (me included) are still assuming on some level that this is just a temporary blip.

Most of us (me included) aren’t zoomed out enough to be able to see beyond that assumption. In case you're interested, here's a very zoomed out summation of “… peak oil, ...climate change, … the slow twilight of America’s global empire ... and the vaster twilight of Western civilization as a whole.”

You could read that, or you could close your device, get out a pen and paper, and start brainstorming.

Australian readers will know that the Australian Federal Election took place over the weekend. To quote one headline, Australians "didn't simply move the goal posts -- they dragged them off the paddock."

Another headline pointed out that Australia's new Parliament will be "the most diverse yet." I don't know about you, but I feel deeply encouraged to see women of color finally beginning to be heard. There's a long way to go, but this is a start.

Usually I'm about the most uninformed person you could possibly speak to when it comes to politics, but this time I paid a bit more attention. For me the election results were unsurprising and encouraging: it feels to me as if change is in the air on every front. Change is always disruptive to some degree. Sometimes it's also tragic, overwhelming, impossible to cope with. Sometimes change asks more of us than we have to give, and when that happens, we break.

Sometimes (hopefully more often than not, but it's not a given) we recover from breaking. We put our lives and ourselves back together, or perhaps more accurately we are put back together.

But here's the thing: whether we recover or not, there is no going back to what we were before the change. In this sense, change is an initiatory process -- it transforms us, forever, into something different than we were before.

Mythologist Micheal Meade teaches that initiation has three stages. (He talks about that here, in an audio that I haven't listened to yet, but is next on my list.) My personal understanding of the initiatory process is that the three stages of an initiation go something like this:

The ordeal, the middle stage, is a transition, a portal or threshold, between one world and another.

The community is what we are to serve in the newly expanded capacity we've grown into as we stepped (or dragged ourselves or were dragged) through the portal.

As well as feeling a sense of urgency, I feel hopeful. Before we can have anything new, what we had before must be dismantled. Let us hope that this turns out to truly be the end of "normal," so that we can build and grow into something completely different.

Are you feeling overwhelmed? Hopeful? Numb? Raw? Worried? Or something else entirely? Please share, below the Endnotes.