The Commons, Common Sense, and a Common Field of Consciousness 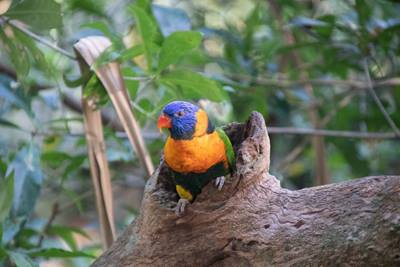 The Commons, Common Sense, and a Common Field of Consciousness

about a 4 minute read

21st century science now finally agrees with Eastern philosophy and Indigenous wisdom that we share a common field of consciousness.

It's hidden in plain site, all around us all the time. It's even more under-appreciated and under-utilized than the other forms of "the commons" that we share.

The term “commons” refers to what we all share, as opposed to the things that are separately owned by individuals or families. “The commons” are resources—land, libraries, parks, community groups, and many other things—for everyone to use, now and for future generations.

We tend not to value or appreciate the commons as highly as we might. We like libraries, for example, but we'd like it better (or at least, I would, being a bit book-obsessed) if I could afford my own private library with every book I wanted in it.

We like parks and public gardens, but we like it best if we can afford to own our bit of paradise and landscape it the way we want. Preferably with a big hedge to protect our privacy.

We measure “progress” and “success” not in terms of what we have in common, but in terms of our individual wealth, status, and power.

Perhaps it would be helpful to re-think this. Finding ways to appreciate the commons more—to make more use of and take better care of what we all have in common—might make it easier to see what we lose in the single-minded quest for increased individual wealth and status.

Pondering all this, my mind wandered (as it does) from the term “the commons,” to the term, “common sense.”

Today, we use “common sense” to mean something like “ordinary basic intelligence and understanding which should be common to all adults, and which allows good decisions or judgments to be made.”

But what if “common sense” also meant something like “the ability to make decisions with the commons in mind?”

I did a quick online search and found a whole discussion on the origins of the term “common sense,” including several different meanings which indeed had to do with community.

According to that discussion, the Romans saw a sense of community as being part of common sense. Another similar meaning had to do with natural human sensitivity for other humans and the community.

If you’re interested, those two meanings are dealt with under the headings “Ethics: Humanist,” and “Ethics: the Community” in this Wikipedia discussion.

As my mind wandered on (which it does), I thought of yet another meaning for “common sense.” What about, “a sense of the possibility and potential that we all share?”

I know: relatively few people know how to tune into it and quite a lot of people still flat out don’t believe in it. But 21st century science now finally agrees that we share a common field of consciousness.

This article explains or describes the unified field of consciousness (relatively simply) from a neuroscience perspective, a quantum physics perspective, and also from a Hinduism perspective.

If you’re not into scientific jargon or eastern spirituality, you might like Laura Grace Weldon’s beautiful article, “We are One Being,” which illustrates in simple terms some of what we share in common in spite of our apparent separateness.

And here’s a video titled Transcendental Meditation: A Scientific Perspective. My point is not to tell you that you should take up Transcendental Meditation (although I’m tempted to consider it for myself, after the reading I’ve been doing for this article). I’m sharing this video because in its first 3.5 minutes it explains the nature of reality in (relatively) simple terms, including the underlying unified field that everything else arises from. 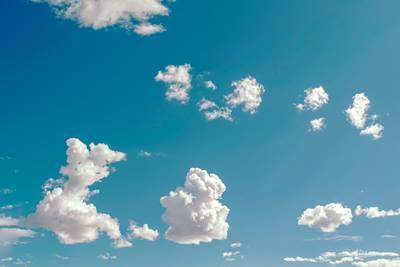 A common field of consciousness

Ok, so there’s a common “field of consciousness,” or “unified field,” that underlies everything and holds everything within it.

It baffles us western, modern people who have been steeped in a mechanistic, materialistic understanding of the world, because it is an immeasurable, un-quantifiable “no-thing.” If I’m understanding it correctly, one way to comprehend it is to think of it as the space between the smallest measurable particles of matter.

This space is physically empty, yet full of a form of intelligence or consciousness that gets called by many, many names. Regardless of what you call it, it’s the intelligence that arranges particles of matter into the world of form that we perceive with our physical senses.

Even modern science now recognizes this “field of intelligence” that is all around us and all through us, from which form arises and into which it subsides.

And if modern science says it's there, then it must exist, right? (Indigenous peoples and eastern philosophers have been saying so for thousands of years, but we haven’t been listening.)

There are many portals out of our worry-ridden individual lives and into this “common field.”

Meditation is one, yes, but others can be every-day things like watching a bird cross the sky, walking barefooted on the dew-laden grass, gardening in the sunshine, pouring a steaming cup of tea. Any activity (or non-activity) that captures all your attention, that engages all your senses, that you are fully present with. You could say, anything you are “in common” with.

As you pass through any of these portals into full presence, whatever was keeping you in your individual box falls away and you expand into a sense of deep peacefulness. Time seems to stand still.

To the best of my understanding, when you experience that sense of limits falling away and the absence, however brief, of words and linear thinking, you are catching a glimpse of the unified field. The spaciousness between things. Merging back into it momentarily.

This state of being is available to all of us, all the time, regardless of our measurable material differences. It’s one of the things we have “in common.”

Out beyond ideas of wrongdoing
and rightdoing, there is a field.
I'll meet you there.

When the soul lies down in that grass
the world is too full to talk about.

What you seek, is seeking you.”

The most beautiful thing we can experience is the mysterious. It is the source of all true art and science.”