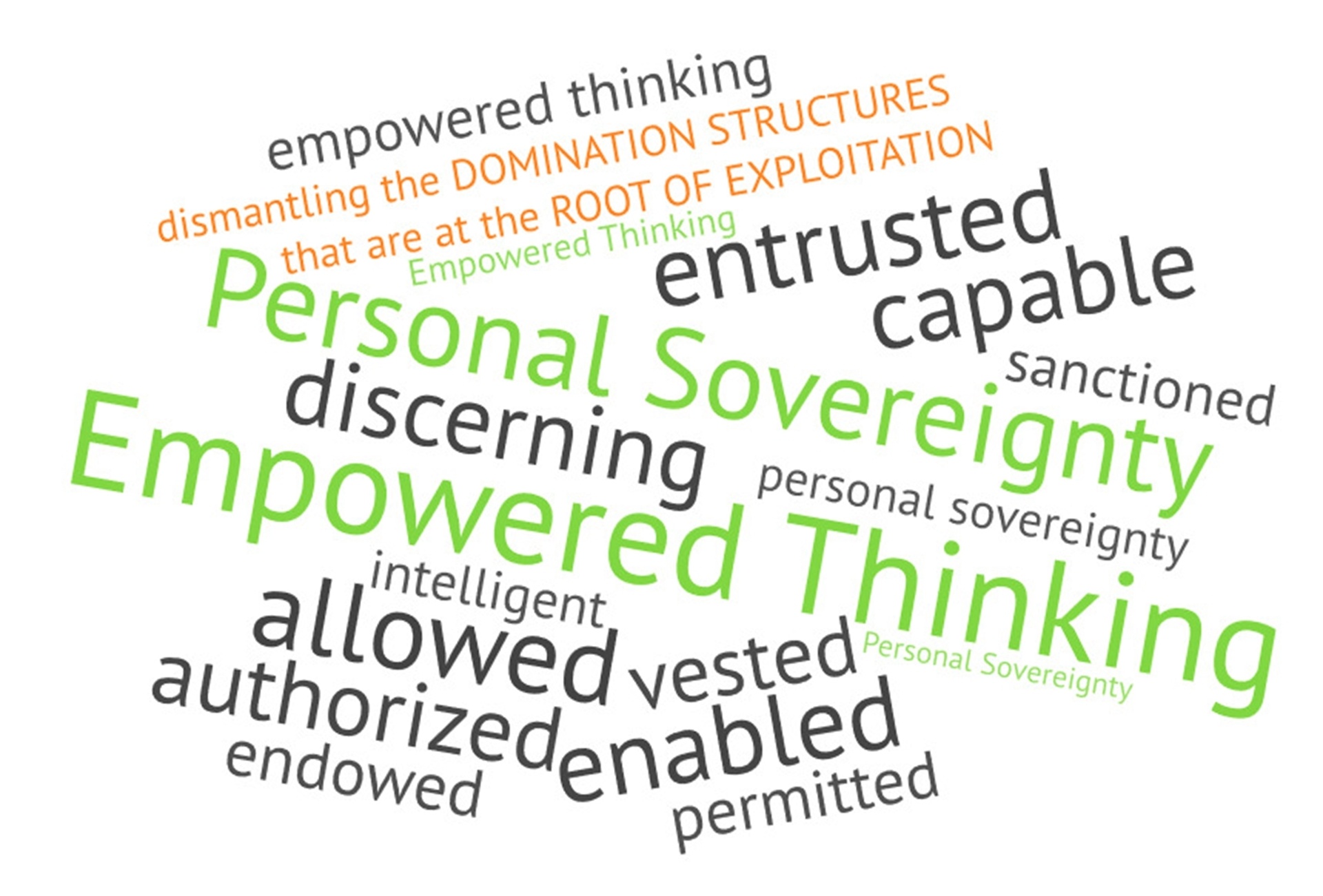 We're so in the habit of controlling each other/being controlled that we've forgotten how to think for ourselves. We're so overwhelmed by the challenges we face that we assume there's nothing we can do (and it's all our fault).  And we assume that controlling each other is necessary and failing was inevitable because humans are just basically bad.

Let's re-examine these habits and assumptions.

I searched for a while for a better name for the category of blog posts here on ARealGreenLife that I had been calling “Thinking Differently.” In the end I chose “Empowered Thinking."

In his foreword to the book Come of Age: The Case for Elderhood in a Time of Trouble, Charles Eisenstein writes that,

Cultures older than our own widely recognized that words carried a magical, regenerative power. They were not mere [symbols] connected through arbitrary social convention to the real world of things. Words were emanations of land and life, partaking intimately in the beingness of the things, processes, and qualities they signified. To name a thing was to invoke it."

~ Charles Eisenstein (bold emphasis is mine)

These two words, "empowered thinking"—or any words we chose to use and especially if we use them repeatedly, with strong emotion or intention, or with ritual—are not just words. Words and thoughts name and shape our world, and choosing them carefully, deliberately, is one of our responsibilities as stewards of our world.

Here are some synonyms (alternative words with a similar meaning) for the word “empowered”:

In our culture (the dominant culture on earth today), words like these mean you have permission. You're allowed to be somewhere and/or to do something.

The implication is that without authorization or permission, you should not do anything or go anywhere. 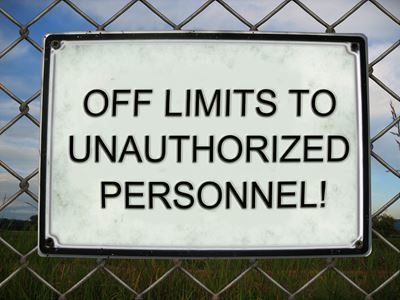 Long before we reach adulthood, most of us reach the conclusion that we’re not authorized for anything. We also come to assume that whatever has gone wrong or is about to go wrong is probably our fault.

Vested with the power of creation

Here are some more synonyms for “empowered:”

Is it rare that you feel vested, entrusted, endowed, enabled, inspired?

Me too. And I bet pretty much every adult you or I will meet today would say the same thing. But look at the child in the picture. She knows she's fully capable, and she hasn't been told too often, yet, that she's wrong. 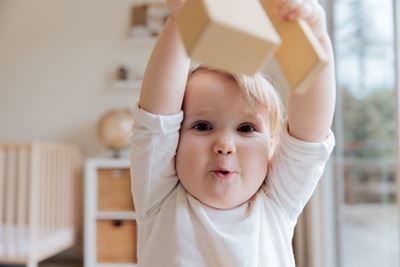 To be inspired is to be “aroused, animated, or imbued with the spirit to do something, by or as if by supernatural or divine influence.2”

In our culture, “supernatural” doesn’t exist outside of fairy tales. "Divine influence” probably doesn’t exist either, but if it does then it’s mostly about being judged for your sins and found to be unworthy.

I'd like to invite you to consider that you are capable of being imbued with divinity and vested with the power of creation. That is not something that’s reserved only for preachers and presidents. (Or toddlers.)

A culture of domination and hierarchy

Ours is a culture of domination and hierarchy. It is not a culture of equals, but of people who have authority and superiority over people (and all other life-forms) who do not.

If we want the world to be any other way than it is, we must dismantle this sub-structure of violence – and doing so is first and foremost an internal process3.

Another trap in our culture is the habit of just consuming the content provided by the media of the day, rather than thinking autonomously.

And finally, there's the assumption that things are just the way they are, and there's not much you can do about it so you may as well just make the best of it. That's perhaps the opposite of empowered thinking.

Learning to recognize those habitual ways of thinking and replace them with more discerning, deliberate choices takes effort, but doesn't anything worthwhile take effort?

(I wrote another post about 3 ways to make this discipline of empowered thinking a lot easier on yourself; read it here.)

So that was some of the reasons I chose the word "Empowered." Next, let’s talk about the word “Thinking.”

Among others, my computer gives these synonyms for thinking:

To me, “intelligent and discerning” does not mean you went to a fancy college, you know lots of long words, you have letters after your name, or you wear a particular uniform. It means you’re thinking about things deliberately and intentionally.

You’re not just endlessly replaying habitual, unexamined thoughts chosen for you by your family of origin, your peers, authorities, social media, and the dominant culture. Instead, you’re paying close attention to what is going on in your head.

You have a limited amount of mental space and it’s up to you to choose what to fill it up with. Here’s a quote I like that sums it up: “You are a victim of your conditioning until you become a master of your thinking.4”

And as well as choosing what thoughts to entertain, for me "discernment" is also partly about being able to choose when not to think, so that sometimes we can just be. In just being, we become much better conduits for the kinds of intelligence and power that we're cut off from when our minds are running like a rodent on a hamster wheel.

(I've written more about how to get our minds off the hamster wheel in a separate post, "3 Ways to Bring Ourselves Home.")

The capacity to self-examine and to self-determine

As adults we have a potential capacity to self-examine and to self-determine.

I said "potential" because it's not a given. It's not handed to us along with the right to drink alcohol and to vote. We have to actively develop it, and doing so takes conscious effort.

In his powerful short film, "The Making of Humans," Stephen Jenkinson points out that:

Every culture worthy of being called a culture has practiced human making ... without exception."

Stephen Jenkinson, "The Making of Humans"

I take this to mean that cultures other than ours have deliberate practices for helping their young people grow into increasing responsibility and personal power. It's not left to chance, as it is in our culture.

Since our culture has lost or forgotten these practices, it's up to us, individually, to do this work ourselves.

This is the work of self-determination. How we think, what influences we chose to help us guide our thinking, how we interpret the world and make meaning of our lives, is all part of it.

Choosing self-determination literally makes the difference between living a self-directed life5—a life you consciously choose for yourself, in which you are empowered and you have an important contribution to make—or a life in which nothing you can do will make a difference.

The practice of self-determination develops personal sovereignty – you become the sovereign power in your own life.

There is a power cycle that has been in place on this planet for eons. It is a power-over others, power-under others dynamic. Personal Sovereignty is our hall pass out of the power cycle. When we believe in our own Sovereignty, we disengage [from] the wheel of oppressor and oppressed, of victim and perpetrator."

Reya Born, "What Is Personal Sovereignty and How Do I Get Me Some of That?" (bold emphasis is mine).

Individual sovereignty is a given for members of egalitarian societies6. Children in non-domination cultures have no trouble taking up space, they know that they and their contributions are valued, and no-one is telling them to be careful, stand in line, and obey arbitrary rules. Their elders set examples for them, guide them, and provide them with a framework which helps them grow into effective human beings, but they do not use force to control them7.

But individual sovereignty is a foreign concept in our own culture which for hundreds or thousands of years has been based on domination, suppression, extraction, and industry. (Schools, to pluck out just one example, were designed to produce compliant factory workers, not independent thinkers8.) 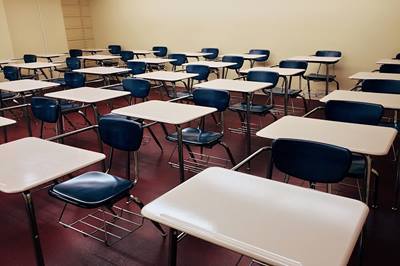 Let us begin, here and now

We're in a bit of a mess, it's true. But we can do something about it, and we must, because there is no "them" to do it for us. We must stop seeing ourselves as the cause of the problem, and become the solution.

So let’s not stand about wringing our hands and blaming ourselves or pointing the finger. Let us instead begin, here and now and in every moment that we remember to do so, by developing our own personal sovereignty.

(Let us also refuse to impose our will unnecessarily on others, so that others in our sphere of influence get more opportunities to practice their own personal sovereignty.)

This is the work that will dismantle the domination structures that are at the root of exploitation.

Please scroll down below the Endnotes to tell me what you think.