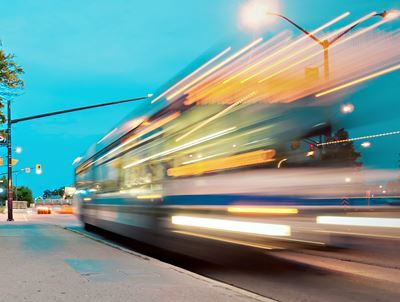 Get off the Bus

In this article, the “bus” I’m talking about is entire populations of people all gabbling without listening to one another and without thinking clearly. The bus is hurtling toward a cliff, with no-one in the driver’s seat. The opinions, the conflict, the angst, are all fueling the bus.

Here’s how to understand what’s going on, and how to disengage from the insanity.

What brings this bus into being?

The following is my summary of an article and podcast sharing the work of Professor Mattias Desmet, in which he discusses a phenomenon he calls ‘mass formation’, a type of collective hypnosis that has historically been present during the rise of totalitarian regimes.

In the podcast, “Why People Willingly Give up Their Freedoms,” Desmet explains how this collective psychosis takes hold and how this relates to our current situation.

Around us right now, entire populations are seizing on an apparent threat (covid), becoming blind to anything else, and following the leadership of anyone who claims to have a solution to the threat, regardless of how ridiculous the proposals of that leader are.

There are several factors that make populations of people vulnerable to becoming fixated in this way on a single perceived threat, and obsessed with following whatever regime is promised to alleviate it.

The contributing factors are:

(If those three things don’t sum up what ails this crazy culture, I don’t know what else would.)

For people suffering en masse from those three factors, focusing on a single apparent threat provides immediate and palpable relief to the intense psychological discomfort they’ve been experiencing.

Unfortunately, this state of affairs has been "normal" to one degree or another for most of us for decades. We've been enduring loneliness, anxiety, and lack of meaning without realizing the effect they're having on us. And when people find relief by snapping into fixation on a single, tangible threat and a potential solution to it, they won't be thinking clearly about that either.

People who are in this state of mind will do whatever they have to do to avoid returning to the extreme discomfort they were in before they seized on what to focus on, without being consciously aware of what's going on.

This mobilization of attention and energy against a single perceived threat unfortunately segues easily into increasingly totalitarian government behavior.

All any government wants is to stay in power for another term; all any government is going to do in this situation is lead the people where they perceive they want to go: away from the threat.

And both the government and the people following it will do anything to control and ostracize anybody they perceive to be a dissident.

Later, when sanity returns, people will say, that was so wrong. How could that have happened? But while it’s happening, the need to avoid cognitive dissonance and to stay safe by staying with the mob overrides all else.

No-one is driving this bus

There are many players in this story. Listing them in no particular order, here are some that I can put my finger on.

There are well-meaning but bumbling bureaucrats, and manipulated and bribed governments (I won’t call them leaders).

There are caring, dedicated health workers. Heart-broken family members. Confused and disorientated decent individuals taking whatever stance they hope will give them some certainty.

There are deeply uncomfortable and frightened masses of people who are looking for leadership, for whatever will provide them with relief from the psychological discomfort they’ve been experiencing, increasingly, for decades. 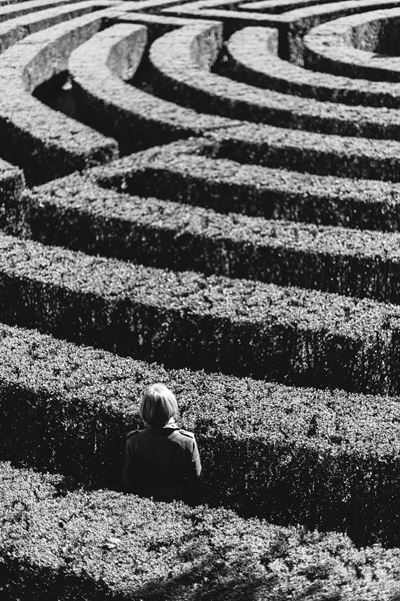 All this (and more that I missed, I’m sure) is jam-packed into an enormous bus that is careening toward a cliff with no driver.

There are opportunists (the financial interests I mentioned) jumping on the bus because for now, it’s going in a direction that suits them … but I don’t think they are driving the bus. I don’t think they mapped out its course. They just saw where it was going and jumped on. They will jump off again when it suits them and certainly before the bus flies over the edge of the cliff.

What can we do?

Get off the bus.

I know that’s very simple to say on a keyboard, not so easy to implement in real life, so let me try to explain.

First: when I say “get off the bus,” I’m not giving you advice on what to DO, or what NOT to do. Folks in my life whom I love and respect are doing everything from:

All these courses of action and all the possible variations on them are valid, are to be respected, and are the right things for that family or individual to be doing at this moment in time.

So, when I say “get off the bus,” I'm not saying you should be doing anything different than what you are doing.

What I’m proposing is that you pay attention to how you’re thinking about all of this, how you’re processing it and interpreting it.

While you’re physically doing whatever you have to do to keep your family and your life afloat, stay off the psychic bus.

The one that’s careening along carrying us all towards a cliff labeled “consequences of unresolved conflict.” 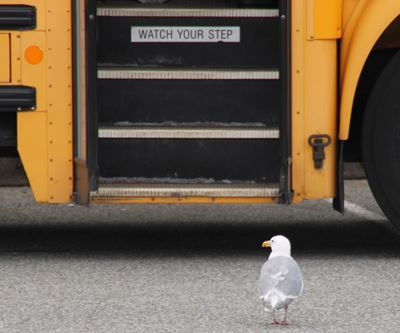 How to get off the bus

Take a step back, mentally. Take a deep breath, let it out very slowly on a loooonnng out-breath, and do whatever you can to disengage yourself from the furor of emotion, anxiety, fear, outrage, that is sweeping through our communities.

"How could they do that?"

"Don’t they know they’re giving up their freedom and setting a precedent that could lead to XYZ?"

"Don’t they know they are putting everyone else at risk?"

"Don’t they know that this thing kills people?"

These judgements fuel the flames of fear, anger, and division, and do nothing to help anybody with anything.

Assume that everyone is doing the best they can with their current mental, emotional and spiritual understanding and capacity.

All anybody wants, at the end of the day, is to feel safe and accepted.

People will go to extraordinary measures to feel safe and accepted, including doing or condoning things they would never condone if their needs for safety and acceptance had already been met.

So, when someone you thought was thinking the same way you were turns out not to be, just hug them. Don’t say anything. Just hug someone. Cry. Laugh. Share food. Crack jokes. Ask someone to hold a pillow for you while you pelt it with all your physical might, and then swap places.

Remember: we’re all human, and we’re all in this together. THERE IS NO THEM. THERE IS ONLY US.

Social media: will this fuel the bus?

Get off social media if you can’t keep yourself from either being triggered into reacting to something someone says, or being loaded down with anxiety.

Hmmnnn. Wait. That possibly means that every human being on the planet should get off social media, which may not be a good idea since social media is a tool we can use to call a different story into being.

And if you do use it, do whatever you can to make sure that you use it, rather than it using you. Ask yourself, before you react to something: if I react to this, will I be fueling the bus?

Ask yourself, before you post something: will this fuel the bus?

A recipe for disaster

There is much we can DO, physically, to prepare ourselves for whatever might happen if (or when) the bus reaches the cliff. Growing food, building local community, all that stuff. It’s super, super important. I’m not saying not to be prepared.

And it’s also super important, I think, to lobby the powers that be at whatever level and in whatever way makes sense to you, or to set an example for sane living in whatever way you can.

The combination of “those idiots are going to drive us off this cliff,” and “I better get ready for impact,” might be one of surest recipes for disaster there is.

If enough of us get off that mental/emotional bus, it will simply run out of fuel and grind to a stop. (It doesn’t take as many people as you might think. Historically it has taken only 3.5% of a population to create change through peaceful protest.) 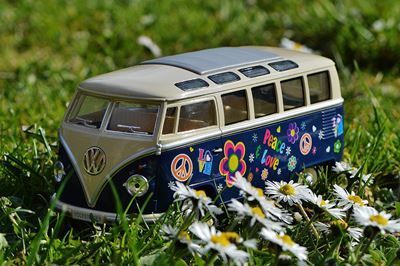 Depriving the bus of its fuel

Just genuinely, with no agenda, hug someone today, especially someone who doesn't get many hugs.

Just genuinely, with no agenda, listen to someone's fears and doubts and opinions with an open heart. Don’t say anything other than whatever the person needs to hear from you to know that they are being heard. Held by your presence. Receiving your undivided attention.

Listening without saying anything is hard to do. I suck at it. Truly, I’m the one in my life who most needs this advice.

Having written this to you, I’m now going to have to shape up on this one thing: try not to say anything except “uh huh, I’m listening.” Try not to think anything, except maybe “What would it be like, to be you?” Don’t judge, don’t resist, don’t prescribe. Note to self.

If you just take a step back and watch and listen quietly, with faith in the fundamental goodness of human beings and with a basic understanding of human needs…

... you will be depriving the bus of its fuel.

What thoughts has this prompted? Or what could you do today, to put a little tiny hole in the fuel tank? Scroll down past the Endnotes to share your comment.