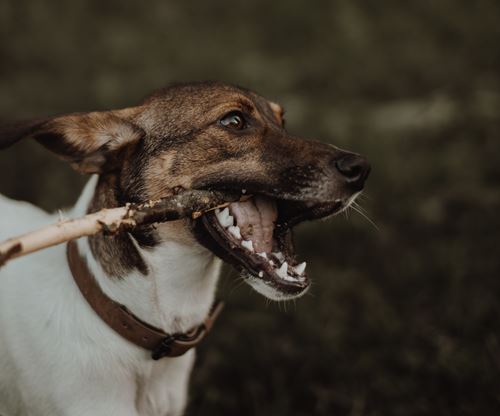 Researching the topic of homemade toothpastes recently, I began to wonder what people did before there were plastic toothbrushes. Turns out we’ve been cleaning our teeth since probably before we walked upright on two legs. Here's how it was done (and in many parts of the world, still is).

Teeth cleaning in its original form

Cast your mind back to the last time you were out on a picnic, you’d finished eating, and you were lazing about on the grass in the sunshine.

Did anyone in the group pluck a grass stem and start poking about between their teeth with it? That’s teeth cleaning, in its original form.

Now, think about the last time you threw a stick (or saw someone else throw a stick) for a dog? Did the dog ever stop bringing the stick back, plop down on the grass, and just gnaw on the stick? That’s also teeth cleaning in its original form.

Mass production makes modern materials like plastics, and widgets like toothbrushes, so readily available to us that we who rely on supermarkets have forgotten there was ever any other way.

But there are other ways, and some of them go way back. Here are some bits and pieces I found when I searched for how pre-historic people cleaned their teeth.

An article called “Teeth cleaning: an ancient habit” describes how fossilized teeth from ancient hominids, and experiments done to replicate grooves in the teeth, suggest that early humans used grass stalks as tooth picks, just as we do today when we go on picnics. (Grass contains hard, abrasive silica particles, which may explain the grooves seen on those ancient teeth.)

Grooves in teeth formed by flossing have also been found in the teeth of pre-historic humans. I wasn’t able to find out how the researchers deduced the difference between grooves formed by toothpicks and those formed by flossing, or what people would have been flossing with.

Thinking about what’s available around me today, I wonder if tail hair from a horse (or mane hair, which is thinner) would do the trick. I haven’t tried it myself though!

Another article describes how people living in Sudan 2000 years ago appear to have used a plant called purple nutsedge, now considered a noxious weed, to achieve tooth decay rates of less than 1%.

This figure is put into context when you consider that these people were probably farmers. People who lived by farming are known to have much higher rates of tooth decay than those who live as hunter-gatherers, due to their high consumption of carbohydrates from grains.

My final tidbit of information to support my theory that we’ve had “oral hygiene” since the dawn of humanity, and probably before, involves chimpanzees and other animals.

Research shows that chimpanzees chew on the bark of specific plants to clean their teeth. And if you’re around animals a lot, you’ve seen many animals chewing on sticks, twigs, and bark, and perhaps wondered what they were up to. 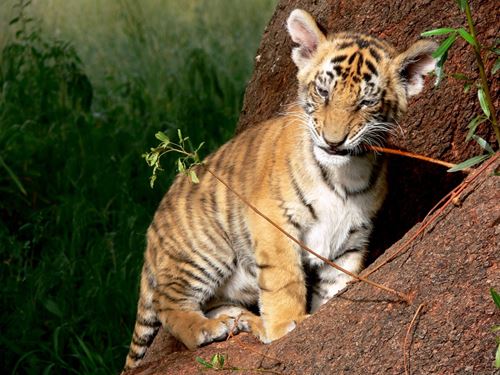 Which leads me to “chew sticks.”

What is a chew stick?

A chew stick is exactly what the name implies: it’s a stick that you chew on. When you’ve chewed one end of it enough to fray it, you use that to clean your teeth. Some references said that the other end of the stick might be sharpened and used as a toothpick.

Chew sticks can be made from a surprising number of different species of tree; this article from Wikipedia lists dozens of different plants worldwide that provide chew sticks or chew twigs.

The Wikipedia article goes on to say, “When compared to toothbrushes, teeth-cleaning twigs have several advantages: 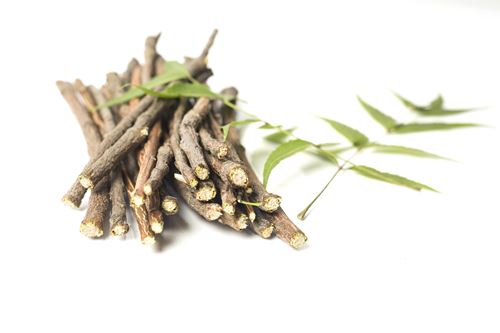 This article shares a description of chew sticks in a book called Dental Self-Help by the herbalist Soaring Bear:

“In this wonderful little book he mentions numerous natural brushes, used by people all over the world, on every continent, by every race of people. There are over 300 types of plants used to clean teeth, not to mention those used to maintain other aspects of oral hygiene...”

In the same article, the writer describes how he uses a chew stick:

“Using a chew stick is easy as 1, 2, 3. I usually break mine in half and begin chewing on the broken end, since it’s more malleable than the unbroken end. Once it softens up a little, it will be as soft as chewed paper and is now ready to be used as a toothbrush.”

The first thing to keep in mind here is that the primary benefit of brushing your teeth has nothing to do with what you put on the toothbrush. You’re just manually removing gunk from the surface of your teeth – which means that it doesn’t matter what tool you use, so long as it gets the gunk off.

But yes, studies have found that chew sticks do provide benefits beyond just their mechanical action.

Obviously, it varies with the species of tree you get your chew stick from, but all of them can help prevent cavities and promote gum health because as you chew them, they release various compounds and chemicals that:

Some, as indicated in the study on chimps I linked to earlier, may also provide traces of certain minerals.

How long have chew sticks been around?

On the topic of chew stick history, Wikipedia says:

“The earliest chew sticks have been dated to Babylonia in 3500 BC and an Egyptian tomb from 3000 BC; they are mentioned in Chinese records dating from 1600 BC and in the Tipitaka, the Buddhist Canon, purported to be giving account of events which took place in north-western India around the 5th century BC.”

I get confused by this kind of dating terminology, but I think it’s safe to say that chew sticks have been around for a long time.

Although I couldn’t find references to support it, to me it seems obvious that variations of chew sticks have been in use far, far longer than any recorded history.

Chew sticks are in use today by huge numbers of people in Africa, the Middle East and Asia.

“African twig brushes offer all day dental care” describes people going about their daily business with a chew stick protruding from their mouth, and traders in Dakar and other Senegalese cities selling neat bundles of the pencil-sized sticks on the pavement.

In “We Tried It: Licorice ‘Chew Sticks’ for Glowing White Teeth” the writer describes learning how the Nama and San bushmen tribes used branches from the licorice tree (Glycyrrhiza glabra) as a form of natural toothbrush, and how she went on to make them a regular part of her oral care routine.

Chew sticks are available on Amazon, or if you’re the DIY kind, you can probably find a species of tree on the lists in this article that grows near you, from which you can experiment with cutting your own.

I tried cutting one from our orange tree… 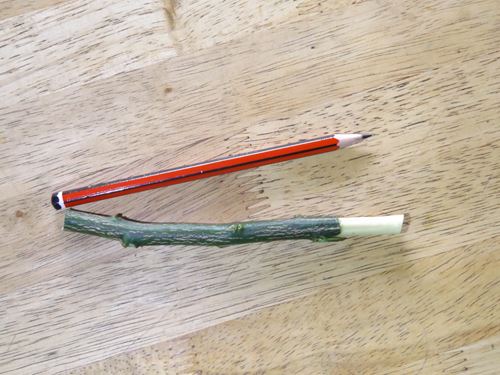 … but it turned out to be too hard to chew. I must have chosen wood that was too thick or too old. I haven’t yet gotten back to it to experiment further, but I will!

References not linked to in the text

Before The Toothbrush: How Did Ancient Folks Keep Their Teeth Clean?