Difficult Emotions are Allies in Disguise 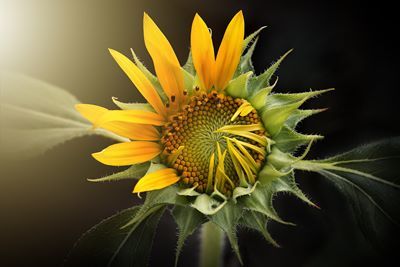 Difficult Emotions are Allies in Disguise

This started from a gathering of few recent entries in my personal journal and grew into a post about difficult emotions, where they might be coming from, what might be amplifying them, and why it's important to be gentle with yourself when they show up.

What I'm about to share with you began with an experience I've just been through of being confronted with very difficult emotions and feelings I would much rather have avoided, but which in hindsight I feel relieved to have "met with" and made an effort to understand and reconcile with.

It grew from there into an exploration into how we can take these difficult experiences and use them to help us grow up into stronger, wiser, more compassionate human beings. I hope.

I offer it to you here in a spirit of support in case it's helpful. Because we're all human, and I know we're all hurting. May this serve you or someone you love in some way.

So here goes. In the following sections, my journal entries are in italics.

I have a journal prompt I often use that asks, How am I feeling? Yesterday morning, my answer was:

After writing that in my journal yesterday morning, at the end of yesterday I wrote:

"Felt panicky and/or grim all day. Kept trying to hold safe space for myself and something that helped hugely with that was this post."

So that was yesterday, Monday the 6th of December. This morning, Tuesday, I wrote:

"How am I feeling?

Relieved to have moved through that awful energy of panic and shame that I felt the last day or so.

At first thought it was just to do with [Friend's] party, and I then realized was also to do with the shame and rejection I felt in my teens.

I went through a few more layers of unfolding realization, and came to this:

"I realized that my panicky feelings were not only to do with how I felt as a teenager, but also to do with my overall feelings of shame and rejection of self, which is nested in the shame, pain, fear, and anxiety we're all feeling collectively."

In his post "The Golden Scaffolding of a New World," Matt Licata reminds us that:

"Just to be alive as a human being on the planet right now carries with it a certain tone of activation in the body and nervous system.

It’s like there’s been a continuous drip of a soul-level cortisol or adrenaline on the one hand and a collapse into hopelessness/helplessness on the other – an alternation between hyper-vigilance and a numbing or shutting down." Why are we so messed up?

The loss of the extended family and the village; nuclear families and single parenting. Domestic violence. War and other crimes against humanity. Environmental destruction. Losses too many to count or even to comprehend, of innocence, loved ones, special places, clean waters, open spaces, forests, cultures, languages, animals, birds, sea creatures.

I'm not listing them in any order and I'm not naming anything you aren't aware of and although any one item I just named is enough to chew up several generations worth of healing work, I'm not even coming close to listing all the atrocities and horrors of our time, and of the times that have shaped our time.

What if whatever you feel in any given moment is only partly your own and only partly about what you are experiencing right now today?

What if some of what comes up inside you when you feel emotionally yucky, even though it might be triggered by current day events, is from events in your distant past that you're not aware of in your conscious memory?

What if some of it is to do with things that happened before you were born?

The book, It Didn't Start With You, documents the latest epigenetic research and shows how the traumas of our parents, grandparents, and even great grandparents can live in our unexplained depression, anxiety, fears, phobias, obsessive thoughts and physical symptoms—what scientists are now calling “secondary PTSD.”

And what if some of the feelings you feel, vague or intense, chronic or acute, always in the background or flaring up in a big way, are to do with our collective trauma?

Groups of people of a given gender, race, political or religious affiliation, have all experienced horror just for being who they are. Such trauma doesn't just evaporate when the parties involved have passed on.

"Phew. Perhaps in the last few days I’ve been processing some of the shame, pain, fear, rejection, and anxiety felt by all the women in my ancestry who’ve ever felt afraid and unwanted. PHEW. No wonder it felt horrible. No wonder I felt close to panic."

(Herstory reveals, well, herstory. As opposed to history. Do not read this at bedtime or when you are emotionally vulnerable. But do read it sometime. Read it if you are a man who loves a partner, wife, mother, daughter, friend, or sister. And read it if you are a woman seeking answers to why the world sometimes feels so wrong. We don't need to wallow in the past, but we do need awareness of what we're dealing with and where we’re coming from. Awareness is pre-requisite to healing.)

On the 4th of December, the moon was new — one lunar cycle was ending and another beginning.

Usually, we can't see the dark/new moon. It's there in broad daylight but the sun is too bright for us to see it. But this time there was a solar eclipse — the moon lined up directly between the sun and the earth, and the Dark Moon revealed itself to us. (Or at least, to those of us standing in the right spots on earth. But all of us were affected energetically.)

If you're well-versed in moon lore then you're probably two steps ahead of me. If you're not, allow me to offer a symbolic meaning you could attach to this, if you want to.

First, some context. Metaphorically and literally, the sun is associated with warmth, bright light, and all that's obvious or fully illuminated. All that we're comfortable with.

The moon's associations are more subtle, having more to do with what's unseen, our emotions and subconscious, including the difficult stuff we've been avoiding dealing with. Stuff that may have been so well hidden, we didn't even know it was there.

We know that the moon influences the ocean tides, the flow of sap, and the behavior of many different birds, animals, and crustaceans. A case can be made that the moon also influences our emotional state.

So with that context in place, consider that during a Solar Eclipse when the moon briefly eclipses the sun, perhaps our deeper stuff, the stuff we prefer not to look at because it's uncomfortable and painful, becomes more obvious. Harder to avoid. 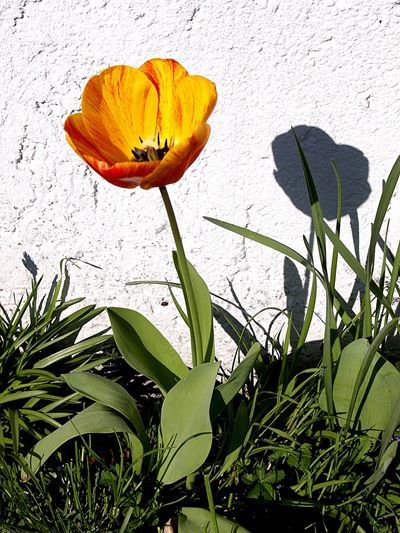 An opportunity for healing

If you've felt intensely uncomfortable over the last little while surrounding December 4th's New Moon and Solar Eclipse, it doesn't mean there's something wrong with you.

If those feelings are still around, or next time they come up, turn toward them rather than away from them. Make a little space for them. Let them be a little, watch them with curiosity.

Maybe there's an opportunity for some healing to take place. An opportunity to integrate some of what you may have been rejecting in an effort to stay safe.

In "The True Story of the Sith: Guest post by Darth Sideous," Charles Eisenstein uses the Star Wars movies to illustrate what happens when we avoid and fail to integrate our painful, unwanted, undesirable emotions and impulses—our "shadow"—and hints at what the possibilities might be if we're able to stop rejecting our unwanted aspects and welcome them home instead.

I believe that difficult emotions are allies in disguise. When we offer them some hospitality, they loosen their grip on their disguise and the pain has a chance to ebb a little, and sometimes things get a little easier.

Your painful, or angry, or fearful feelings may also be bringing tidings of all that wants to be loved in the "other side." You know. The bad guys. The left, or the right. The vaxxed, or the un-vaxxed.

Left or right, black or white, jabbed or un-jabbed, this religion or that one, vegan or meat-eater, showered or dirty, we're all part of one human family just as all the parts of you are part of the family of you.