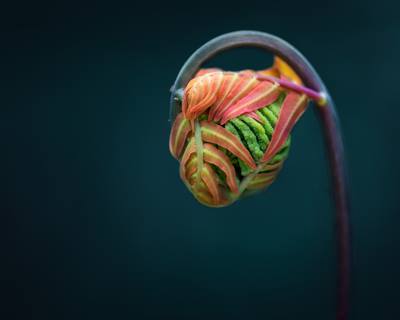 The Dark Moon - Realigning Ourselves with the Rhythm of Life

The moon is known to influence the ocean and its tides, the flow of sap and the life force in our gardens, and the behavior of many different birds, animals, and crustaceans. I'm learning that if we choose to pay attention, it can also indicate ways that we humans can align ourselves with the rhythms and cycles of life in our efforts to bring ourselves back into harmony with nature.

Around about the 5th of October, we're entering the period of the “Dark Moon.” This is the time in the lunar cycle when we can't see the moon.

In naming the moon’s phases, modern astronomy lumps this part of the lunar cycle in with the New Moon, which is the beginning of the new lunar cycle.

But I prefer to think of the Dark Moon as preceding the New Moon. It holds the ending of the previous lunar cycle and also the potentiality of the next one.

The Dark Moon is the lunar cycle equivalent of the Winter Solstice, the moment on the annual solar cycle which holds the endings of the previous round of seasons and the potential and promise of the return of spring and the renewal of the seasonal cycle.

The waxing and waning of the moon is one manifestation of this cycle, and it provides us with a regular opportunity to align ourselves with Life.

In the diagram, I’ve shown the four “principle"1 lunar phases and the corresponding seasonal/solar phase. (I’ve drawn the diagram with its phases moving counter clockwise, because I’m in the Southern Hemisphere.) 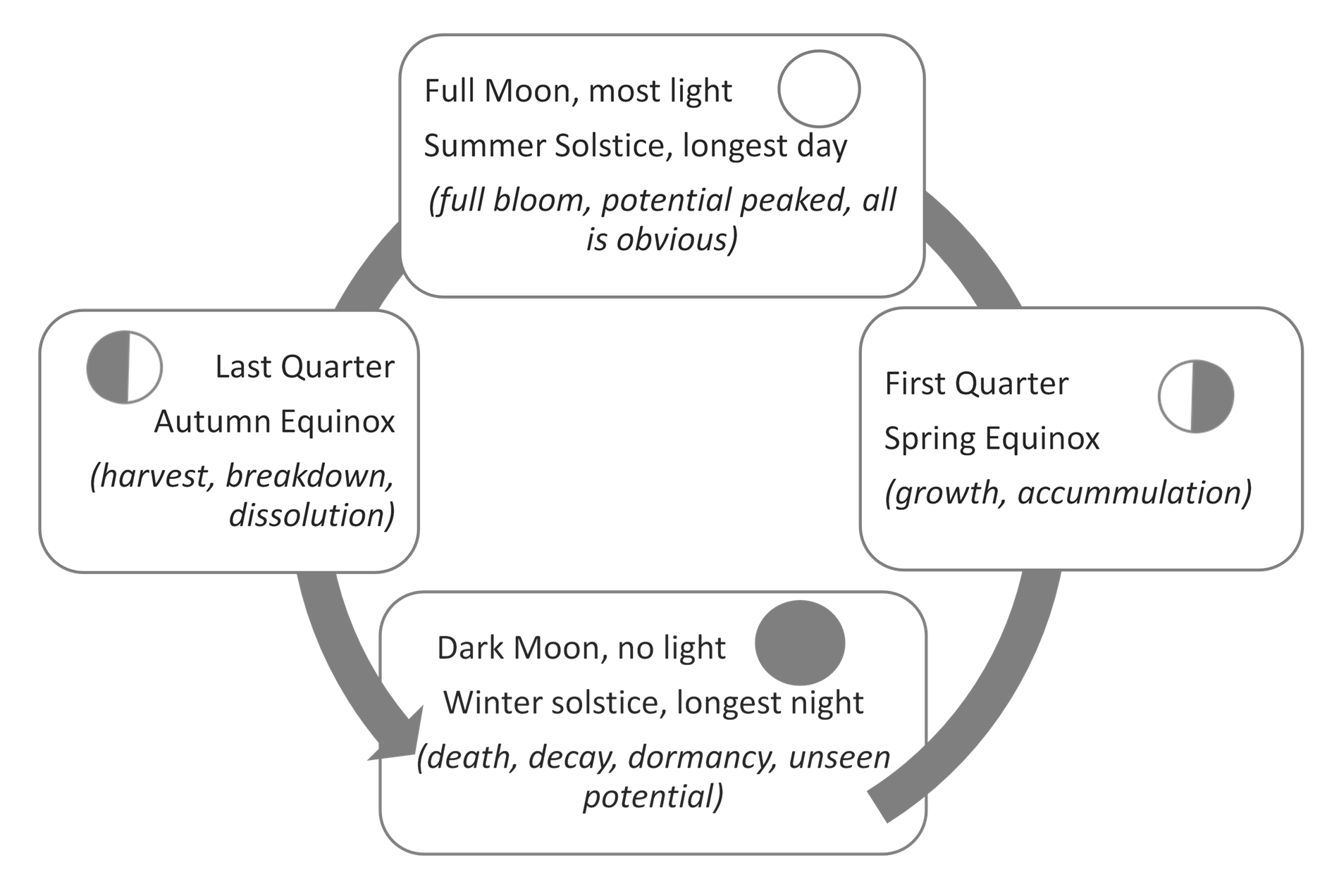 For me, the Dark Moon is when I can’t see the moon at all (approximately 3 days) and the New Moon is when the first little sliver of a waxing crescent can be seen.

But if you want a new beginning that doesn’t drag unwanted aspects of the old along with it, you need to let go of the old before you begin again with the new. And that’s why I like to pay attention to the Dark Moon as a significant event before the New Moon.

The Dark Moon presents us with our culture’s least favorite part of the life cycle: the ending. The death/decay/dormancy part. Maybe that has something to do with why its not named in modern astronomy. Perhaps by not naming or acknowledging it, we can avoid it somehow?

But no matter how much we try to avoid them, endings are inevitable. Using the metaphor of the seasons, you can’t skip winter. You can’t go from the harvest and celebrations of autumn to the warm glow and the new beginnings of spring without passing through the cold, dark, empty stillness of winter.

The last phase of the cycle of life (on the diagram above, the last phase is from the moon’s Last Quarter, up to and including the Dark Moon) is for taking care of endings.

It’s an opportunity for internal “housecleaning,” for paying attention and tidying up, for reaping the harvest, sorting it out, making good use of it, gleaning the lessons and perspective of hindsight. It's also for composting the debris, the mistakes, the things we messed up on, so that it can all be transmuted into nourishment for something better, rather than holding onto its old form and becoming baggage that you carry onward with you. 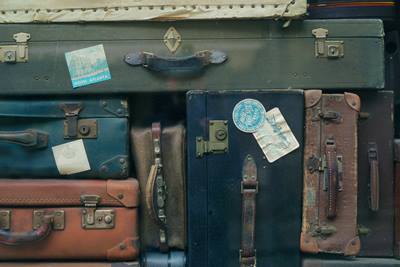 Endings, metaphorically, are a descent from the bright high of summer or the full moon – down, down, into the dark deep stillness of winter or the dark moon.

Endings don’t feel “good” to us, which is why we try to avoid them. Endings include loss, regrets, and often feelings of “failure.”

At their most intense, endings also include feelings of not knowing, of being out of control, of coming undone, of falling through the bottomless darkness.

“An ending” is like a “death.” Death can be literal—you or someone you love has come to the end of this lifetime—or it can be metaphorical.

Examples of a metaphorical “death” could be something like the ending of a marriage, the loss or the ending of your career, or even something like moving house (you’re ending or radically changing your relationship to that place, and often you’re also coming to the end of a significant period of time in your life).

These kinds of endings can bring undoing at a very deep level.

You need a “winter season” in which to lie undone when an event like this occurs in your life. When you’ve lost or lived through the end of something big, someone close, or something that you strongly identified with, you NEED to mourn, to be a mess, to not know, to be with your regrets, to allow your sense of failure to pull you piece from piece and leave you lying scattered across the floor.

We’ve been taught in various ways to devalue and avoid the feelings that come with endings: regret, loss, grief, feelings of failure and being out of control.

We’d rather skip right over the ending and get on with the new beginning, so we can get back to feeling “good” and being in charge.

But our avoidance of endings brings the old into every attempt to start anew, and thus the same old mistakes, the same old unpleasant re-runs of our own particular kind of drama, trauma, and trouble, keep following us everywhere we go.

If you want a new beginning that doesn’t drag unwanted aspects of the old along with it, you have to surrender to the ending of the old, and take the time to lay it to rest with mindfulness and presence.

To acknowledge and be with the regrets, the feelings of failure, the loss, and the sense that you’ll never feel alive/successful/happy again.

And then, you have to take the time to allow yourself to be in a kind of “void” for a while. Because in the void is where healing happens.

The void is where the broken shards merge back into the nameless, formless, limitless whole, so that when it’s time for rebirth something entirely new—informed and nourished by the old but no longer burdened by it—can rise along with the rising tide of new life.

The Dark Moon is the “void” part of the lunar cycle: a place to rest and let go before moving on to the renewal and the re-imagining of the New Moon.

An opportunity to practice

The length, depth, and intensity of the void varies depending on what it is that has come to an end.

Deep, long, intense experiences of the void are an inevitable part of life. When you lose a loved one, your health, your job, your home… such brushes with “undoing and death” are beyond our control.

How well we recover from these intense “big deaths” and whether we’re able to fully re-engage with life, renewed, when the cycle moves on again, is partly to do with whether we’ve been embracing the opportunity to practice with “little deaths.”

How do you do that? By allowing yourself to be undone in smaller ways, regularly.

The last phase of the lunar cycle is a regularly occurring opportunity to take some time to self-examine, learn, and identify what's serving you and what is not - what you want to let go of. After letting go of what no longer serves, you’re invited to rest deeply before returning to the “doing” phases of life.

On the diagram above, I gave the seasonal equivalents to the Lunar cycle phases.

Using this analogy, Autumn is when we "reap the harvest" of the actions we took (or didn't take) throughout the Spring and Summer; Winter is the time to rest and be renewed.

How we navigate the inner reckoning of Autumn, and Winter's invitation to rest, directly informs what kind of Spring and Summer we will experience in the coming cycle.

Conversely, the "feedback" we receive in the Autumn (in the form of obvious results as well as more subtle feedback like uncomfortable emotions and the voice of the "inner critic") is a direct read-out of how well we engaged with our one precious life during the preceding seasons of growth.

And each cycle builds upon the one before it.

You cannot get it wrong. There is always another new beginning. 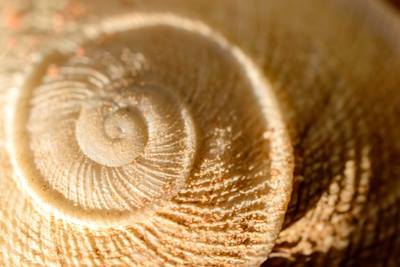 An outward spiral of growth and evolution

It’s really a spiral, not a circle: each ending provides an opportunity to take a step outside the circle and begin again on a new, wider circular path which will surely again bring us to another ending and another new beginning. And every ending and new beginning is exactly that: an opportunity to harvest the riches of a life lived consciously, to let go of what needs to end, and to make another fresh start.

Every month – every lunar cycle (or every menstrual cycle if you are a menstruating woman). For years, for decades. Slowly, imperceptibly, this practice of building up, breaking down, building up again will help you develop the wisdom, perspective, and self-discernment necessary for you to fully embody your power2.

I'd love hear your response -- scroll down below the Endnotes.