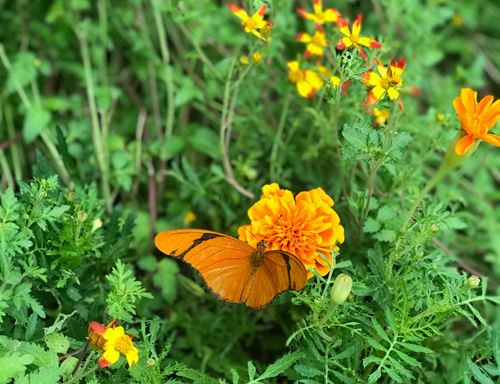 Growing food regeneratively means growing food in ecosystems, not mono-cultures. And it means doing so with an intention not just to feed people, but to build soils, care for ecology, and leave the surrounding web of life stronger, richer, more complex and more resilient after our growing systems are in place, than it was before.

Industrial agriculture is the practice of growing food for the purpose of selling it, as a commodity, to make a profit.

One way to describe this is to call it "extractive" agriculture.

Industrial agriculture extracts nutrients and biodiversity from soils and ecosystems in ways that make it extremely difficult to replenish them. The result is a heavy reliance on synthetic inputs.

(Don't be in too much hurry to blame industrial farmers; they're often pushed into this narrow, short-term focus by the need to stay economically viable in a monetary system that does not reward holistic thinking.)

Regenerative agriculture on the other hand seeks to grow food in ways that are ethical, that build connections rather than destroying them, and that will still enable our great grandchildren to meet their needs.

Food growers who use regenerative approaches do so with an intention not just to grow food for people, but to leave the entire surrounding web of life stronger, richer, more complex and more resilient as a result of humans growing food, than it would be without them.

Ecosystems need humans who love them

Who better to care for an ecosystem?

I very often hear that nature would be better off without humans.

That the only species that could be removed from an ecosystem without damage to the ecosystem would be humans.

I disagree. I think that what our ecosystems desperately need is humans who love them.

(The idea that humans are inherently bad and damaging to Mother Earth has emerged along with industrialization and modernization and consumerism. Indigenous people have an entirely different view point, which is that people are no less a sacred part of the web of life than any other living thing, and that we have a crucial role to play in caring for it.)

Humans, of course, are clever, intelligent, inventive, tool users who can plan for the future and learn from the past. Who better to care for an ecosystem? 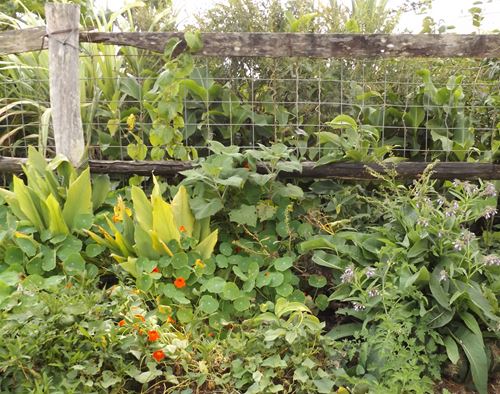 With an ecosystem focus framing food production, rather than just a profit focus, everything changes.

A significant feature of regenerative agriculture is that it means growing food not in mono-cultures, but in ecosystems.

A mono-culture is basically a large area dedicated to producing just one crop, having wiped out every other living thing in the vicinity.

Food does not need to be grown in monocultures. It's a myth that this is the only way to feed the world.

More than enough food can be grown in ecosystems. Biologically diverse, stable ecosystems that can grow more vigorous, more bountiful, and more interconnected with neighboring ecosystems, with each passing season.

Where does an ecosystem begin or end?

It doesn't. Small ecosystems are embedded in larger ones, all of them inextricably interwoven across the living planet. 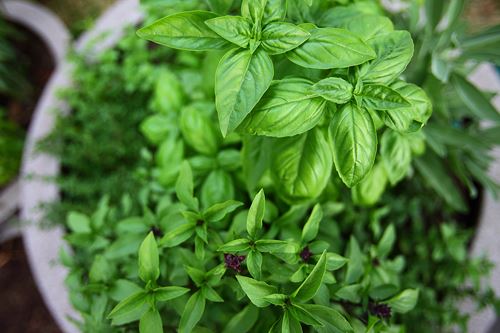 A pot of herbs on the balcony is directly connected to the source of your potting mix and the bees who visit its flowers.

A regenerative farmer is directly connected to the customers who choose food grown ethically, over food grown just for profit.

(That's as opposed to being reliant on the supermarket food chain. The farmer cannot have a relationship with the supermarket supply chain, and it does not know or care about the land being farmed.)

You, as a buyer of regeneratively grown food, are directly connected to the land and the farmer who grows that food.  The benefits of that connection include increased health and well being from better food and also from knowing that more bees and butterflies, more earthworms and microscopic soil critters, more frogs and birds, are going about their tiny, critical tasks on a farm that's able to exist because of your support.

With an ecosystem focus framing our food production, rather than a narrow profit focus, the act of growing food for the short term becomes also the act of looking after all of life, for the long term.

It's not either/or. It's also.

Please tell me what you think - was this a useful short summary of regenerative agriculture?

What would you like for me add or explore further if I were to write something longer?